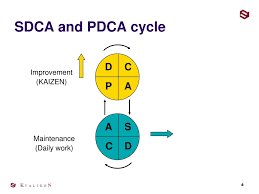 Difference Between SDCA and PDCA

No Comments
“A man who does not plan long ahead will find trouble at his door.” ― Confucius Introduction During new year’s eve or during any festival, we take some personal pledges like I will lose weight, I will join the gym, I will control my hours on social media, I will avoid smoking and many more things. But after a couple of weeks and months, the majority of us are back to
Continue Reading 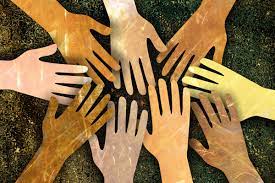 “Why Acceptance Matters: The Importance of Inclusivity and Diversity”

No Comments
Story: The Jim Thorpe Story  (Source: Internet) Jim Thorpe was an American athlete and Olympic gold medalist. If you look closely at the photo, you can see that he’s wearing different socks and shoes. This wasn’t a fashion statement. It was the 1912 Olympics, and Jim represented the U.S. in track and field. On the morning of his competition, his shoes were stolen. He frantically asked teammates if they had
Continue Reading 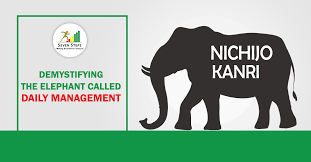 Managing Your Workload: A Guide to Daily Work Management (DWM)

No Comments
“A tree starts with a seed”: Indian Proverb Introduction Someone has rightly said, ‘an apple a day keeps the doctor away.’ For a healthy heart and body, the doctors recommend a 40-minute brisk walk every day. My father told me the same thing. ‘Once a task is just begun, never leave it till it’s done. Be the labour great or small, do it well or not at all.’ You must
Continue Reading 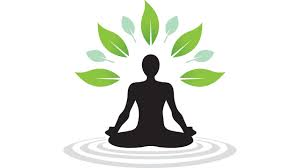 No Comments
Story: Alexander and Diogenese (Source: Internet) Alexander’s army was marching toward India when he heard of a Greek man, Diogenese, who was said to have found true contentment living in Corinth without a single possession.  ”I would like to meet such a man,” Alexander said, curious as to how such a thing could be possible. After a little searching Alexander came to a man lying naked in the sun
Continue Reading

No Comments
“Arise, Awake and Stop not until the goal is reached.” – Swami Vivekananda Introduction A single brain sometimes is not capable of taking critical decisions alone. An individual needs the support and guidance of others to come out with an effective solution. When individuals come together on a common platform with a common objective of accomplishing a task, a team is formed. Ideally, the team members should be from a common
Continue Reading